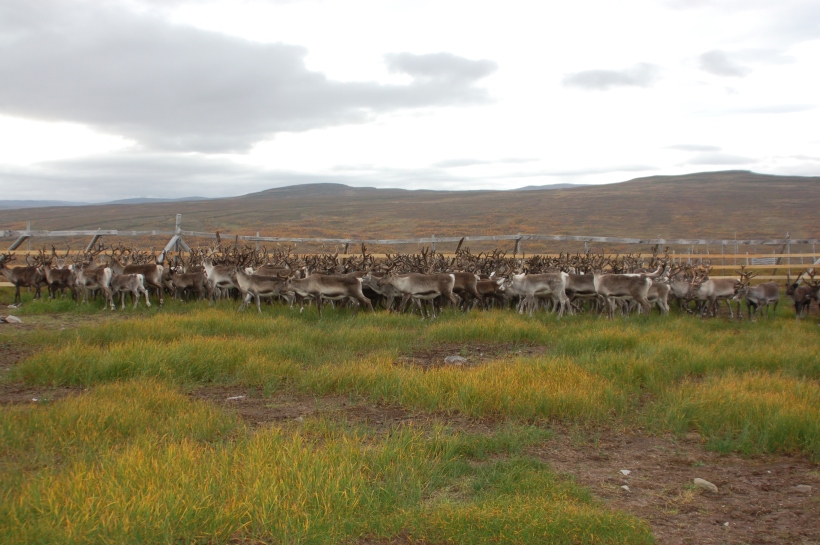 A number of explanations have been raised in the literature as to why pastoralists keep large herds of animals: From the “East African cattle complex”, where the prestigious aspect of having large herds was given weight, to nomadic pastoralists seeking reliable food intake and valuing long-term household survival.  Importantly, however, large herds have been argued and shown to buffer environmental risks, like in the reindeer husbandry where herders with comparable larger herds one year also had comparable larger herds the next. This also supports herders’ own statements: in northern Norway, for example, one study found that 51% of the herders agreed or strongly agreed that herd size is an important risk reducing strategy, while only 26% agreed or strongly agreed that herd size is important for social status[1].  In other words, risk management is an important aspect of pastoral decision-making.

This fundamental point is, however, not incorporated into official management plans; rather it is assumed that reindeer herders are meat producers maximizing monetary income through slaughter. Economic subsidies is a case in point, they aim at stimulating slaughter by adding a monetary bonus when slaughtering and will of course work most efficiently if herders are motivated by monetary gains. Nonetheless, production subsidies does not properly account for the decision problem facing herders: how to secure a reliable income while at the same time maximizing long term survival in a variable environment. From this point of view, the rational strategy may be to slaughter a minimum number of animals for monetary gain while investing the rest in herd size to maximize long-term survival. If this is true, subsidies in fact increase the monetary gain per animal and thus reduce the number animals they have to slaughter.

In Norway herders also get compensation for reindeer lost to certain predators: lynx (Lynx lynx), wolverine (Gulo gulo), brown bear (Ursus arctos), wolf (Canis lupus) and golden eagle (Aquila chryaetos). Despite the obvious problem of having a compensatory scheme that are based on reporting losses after the fact and thus provides an incentive to overestimate losses, it has been argued that predation compensation programmes may alter the optimal number of livestock kept by pastoralists. While predation may reduce the profitability of keeping livestock “[w]ith the risk of predation covered by compensation, it is optimal to increase the stocking rate”[2]. In Norway this has been demonstrated to be the case: received predation compensation one year had a positive effect on herd size the next year. This may indicate that predation compensation may represent an additional risk reducing strategy whereby money generated from compensation may make it possible for herders to reduce slaughtering and convert otherwise slaughtered animals to livestock capital. For the northern parts of Norway there is actual evidence suggesting that the reported loss represent around 50 times more than what is expected from the predator kill rate (the relationship between the total reported loss, calculated loss to wolverine and lynx based on predators individual kill rate, i.e. number of reindeer killed per predator when reindeer is available)[3].

Taken together evidence thus suggest that one important reason why management policies fails is the fact that the governing bodies have misconstrued herders’ objectives. More importantly, considering the challenges represented by climate change, governmental support that incorporates, or preferably increase the effect of, traditional risk management strategies may be the only solution for ensuring the continuing existence of pastoralism.

3 thoughts on “Reindeer herders’ objectives may differ from official assumptions”